Read the text and questions below.
For each question, mark the correct letter A, B, C or D
New TV Star
Caroline Benson talks about her first TV role 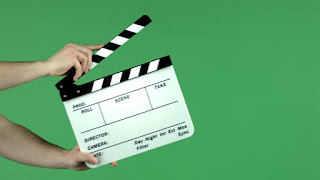 'I never expected to spend some of my first year at university filming The Finnegans. I'd only ever acted at school, but I'd loved the book since I was eleven. My grandmother used to say I was just like Polly Finnegan and I always imagined myself playing her.
I'd taken a year off to go travelling before university. While I was in Chile, my mother emailed me to say there were plans to turn the book into a TV drama. I knew I had to go for the part. She was surprised at first, but sent my photograph to the director and persuaded him to meet me. I flew back and got the part.
The outdoor filming started a week into term, so I got permission from the university to be away for three weeks. Once I was back at university, I got up at 6.00 am to write the essays I'd missed. I didn't tell my university friends, but they found out and thought it was great.
It was an amazing experience- I'm so lucky. After university, I definitely want to make acting my career. I'm not from an acting family, though my grandfather was an opera singer. I've tried for other TV parts but haven't received any offers yet.
I don't know how I managed it all, because I had a full social life too. When filming finished , I hardly knew what to do. I've since appeared in two college plays. Unfortunately, I haven't been home much and now my first year at university is over, I'm off to Greece for the summer with friends.'
Quiz 
CÓ THỂ BẠN QUAN TÂM