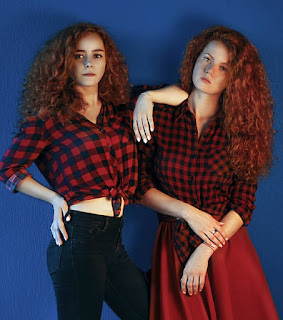 My name is Anna King and I was born in a small town called Madison in Wyoming in the centre of the USA. When I was twenty, I moved to the east coast, to a town just south of New York, to start a job in a department store. One day, a young man with short brown hair who was shopping in the store looked at me and asked, 'Are you Michelle Golden?'

'No,' I said. 'But do you mean Michelle Golden from Madison?' He did. I told him that I was at school with Michelle. She wasn't much older than me and people often said that we looked just like each other. Then the young man told me that Michelle was in the same history class at university as he was.

Six months later, I got a better job with another department store and moved to the west coast to work at their San Francisco store. One day on my way home from work, a young man with short brown hair passed me in the street and asked, 'Are you Michelle Golden?'