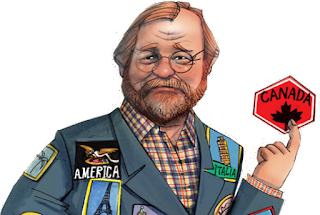 I have just been to England for six weeks to work on a radio programme about the English language and also to talk about the book I've just written. Most writers don't like doing this; they don't like travelling around the country, selling their book. I don't mind it. I like visiting new places and meeting lots of people. It's very different from the life I have in the United States when I'm writing. In England, people drove me around in big cars and I stayed in expensive hotels. It was good because I didn't have to pay any bills. Everyone was kind to me and it was fun.
__________________________________________
EXAMPLE